As requested by someone, I will now show you a pure physical gladiator build which I came up by myself. If you need reference to the new advancement skills for Gladiator, refer to my analysis on top korean gladiator build. Alright let’s start. Do note that the build I show has 33 SP remaining. You can play with the simulator and see which other skills you prefer to raise. 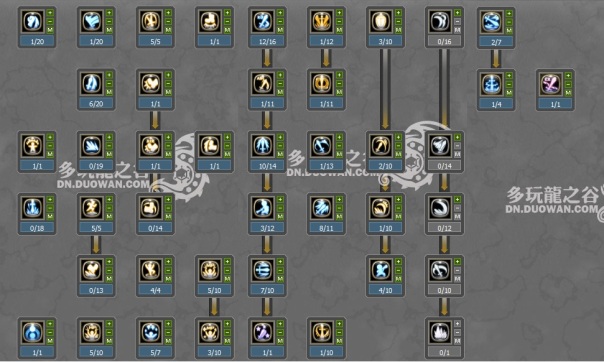 Basically since this is a pure build, I have lots of SP because the magic track is ignored. I put them in places like Physical/Mental Mastery and Mental Training. I added Drop Kick and Soccer Kick as well for PvP. Skills like Dash and Aerial Evasion are easily maxed. Note that I forgot to add in Circle Break for the build. It will be good to have another skill to spam.

Triple Slash, Deep Straight and Line Drive are max-ed for maximum physical damage potential. I left Hacking Stance at pre-requisite because of its inflexibility, and long cool down. Aerial Combo is also left at pre-requisite due to inflexibility. What I mean by inflexibility is that you cannot avoid damage easily while using those skills. Take Triple Slash for example, I need to spam click in order to trigger 3 hits. But if I need to avoid damage, I can tumble in between the casting of Triple Slash. But for Hacking Stance, you need to press spacebar to dash in a certain direction. For Aerial Combo, you are stuck in the air. Yes you can choose to stop clicking to stop this skill but you need time to be on the ground in order to tumble. Personal preference for adding them.

Evasion Slash max-ed at lv 2 for higher damage. Finishing attack max-ed at lv 1 for boss fight potential in a party. I added Triple Slash EX here due to excess of SP. If you do not want this, you can remove it.

Even if playing a gladiator, do at least take Moon Light Splinter. It has very fast cool down and most of all, it is a long range skill. It helps in PvP as well. Some people also do learn Cyclone Slash for disabling purposes in PvP. In a quest dungeon “Dark Lord Soldier Training Ground” (not sure if its the correct english name but its the direct translation from TW server), you can make use of Moon Light Splinter and Cyclone Slash to hit mobs below you while you are standing on top. Of course, if you have good equips, you don’t have to resort to this method.

This work is licensed under a Creative Commons Attribution-NonCommercial 3.0 Unported License.